Aside from the fact that the show’s gripping narrative got me voraciously Hooked (who wouldn’t be?), the striking verisimilitude of the characters never ceases to amaze me. Obviously, I don’t refer to their fairytale persona, but how the series manages to reflect the complexity of an actual human being. Think of it as a fairytale for adults, where postmodern issues are incorporated into its theme of debunking, or rather, reevaluating the highly schematic notions of the stories in our past. Gone are the days of plain old good vs evil. Because in real life, characters are never black and white. They have all those 50 shades of grey areas in between and more.

Thus inspired by this daily prompt, here’s how Once Upon A Time would look like if the cast were people in my unfairytale-y life (i.e. my college buddies, the Espionage Gang). But here’s the twist: I’m turning it the other way around. Meaning, instead of making the characters seem more real – the series is already doing that – I’m casting these people in roles I’d like to see them play. They don’t necessarily have to fit the characters’ personas, but I would very much enjoy watching them try.

Alvea as The Evil Queen

So I can bully you all with my magic. And I’m gorgeous.

Mikie as Snow White (and future hubby as Prince Charming)

Because Mikie’s as brave and stubborn and dedicated as Snow. And I’d like to see her finally meet her own Prince Charming. (Hopefully)

We’re talking badass here, who else would it be?

I can just totally imagine you in that flaky, greasy getup. Oh yes, and that evil smile. (#sorrynotsorry, I had to choose someone)

Well, Belle is smart. And Roman’s persistent and totally un-sarcastic love for Kroo makes them perfect for each other.

Giz is always supportive and loyal to her friends, but try hurting her and the people she loves and she won’t be afraid to bite.

Aurora’s proven that she isn’t just a pretty face. Like her, Jam’s a beautiful and brave soul. Plus, we all know who Prince Phillip is.

No one messes with this sword-wielding chic, ever.

(minus the beard) Just be a good boy, and maybe… just maybe, he’ll find true love, too.

I would very much like to see the day Claud conquers her deepest fears and just be brave.

Peter Pan’s awesome, despite the underlying evil. And Kenji would make a good Peter Pan in his own Neverland.

No one’s as ruthless, cunning, and resolute as Rucchie. Nobody, ever, gets in her way.

Living life to its fullest, Yaks isn’t the goody-two-shoes that the Blue fairy is, but still manages to sprinkle our life with pixie dust.

I’m absolutely positive that Jen fits the tail well, and I hope she finds her Prince Eric, too.

No matter how up in the clouds you sometimes seem to be when it comes to love and … we will always be there for you.

You were never the badass hunk, but I love you just the way you are.

…and in this world, it’s Capt. Killian Jones x The Evil Queen. 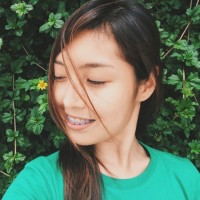